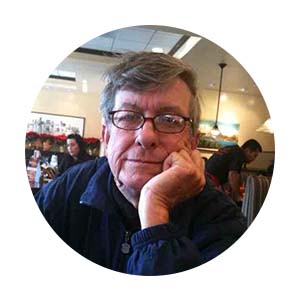 Roger Nicoll received his medical training at the University of Rochester School of Medicine and his research training at the National Institutes of Health.  Following work with Nobel laureate John Eccles he joined the University of California at San Francisco where he has remained. Dr. Nicoll has been a world leader in elucidating the basic mechanisms underlying synaptic transmission and synaptic plasticity in the mammalian brain.  His numerous contributions over the last 40 years have laid the foundation for much of our understanding of how neurons communicate and the adaptations in synaptic communication that underlie normal and pathological behavior. In experiments of unusual clarity and rigor, he has revealed the subtlety and complexity of this signaling. Perhaps his most important contribution has been in elucidating a number of the key cellular and molecular steps by which the brain stores information. His recent work focuses on CaMKII in long term information storage. For his contributions he has received numerous awards including 3 NIH MERIT awards, election to the National Academy of Science, election to the American Academy of Arts and Sciences, the Grass Lecture (SfN), the Gerard Prize (SfN) and the Warren Alpert Foundation Prize (Harvard).