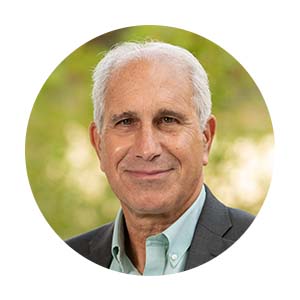 The role of serotonin in prosocial behaviors

Positive prosocial interactions contribute to the development and maintenance of a range of adaptive, cooperative behaviors. Conversely, inability to participate in normal social interactions is a debilitating symptom of several prominent neuropsychiatric disorders.  Although the role of neuromodulators in social behaviors is an active area of investigation, relatively little is known about the detailed neural mechanisms that influence sociability. This talk will briefly review evidence that release of serotonin (5-HT) in the nucleus accumbens (NAc) plays a critical role in promoting sociability. The majority of the talk will focus on new findings exploring the neural mechanisms mediating the robust sociability deficits that occur during prolonged withdrawal from opioids. We find that sociability deficits during protracted opioid withdrawal in mice require activation of kappa opioid receptors (KORs) in the NAc medial shell. Blockade of release from dynorphin (Pdyn) expressing dorsal raphe neurons (DRPdyn), but not from NAcPdyn neurons, prevents these deficits in prosocial behaviors. Conversely, optogenetic activation of DRPdyn neurons reproduced NAc KOR-dependent decreases in sociability. Deletion of KORs from 5-HT neurons, but not from NAc neurons or dopamine (DA) neurons, prevented sociability deficits during withdrawal. Measurements with the genetically encoded GRAB5-HT sensor revealed that during withdrawal KORs block the NAc 5-HT release that normally occurs during social interactions. These results define a neuromodulatory mechanism that is engaged during protracted opioid withdrawal to induce maladaptive deficits in prosocial behaviors, which in humans contribute to relapse. Together with previous results, they demonstrate that sociability deficits in mouse models of autism spectrum disorder and prolonged withdrawal from opioids both involved reductions in the release of 5-HT in the NAc but that these reductions in NAc 5-HT release occur via distinct mechanisms.

Dr. Malenka is the Pritzker Professor of Psychiatry and Deputy Director of the Wu Tsai Neurosciences Institute. After graduating from Harvard he received an M.D., Ph.D. from Stanford University.  He next completed residency training in psychiatry at Stanford and 4 years of postdoc at UCSF. In 1989, he was appointed Assistant Professor of Psychiatry and Physiology at UCSF, at which he reached the rank of Full Professor in 1996. He returned to Stanford in 1999. He is an elected member of the National Academy of Sciences and the National Academy of Medicine as well as an elected fellow of the American Academy of Arts and Sciences, the American Association for the Advancement of Science, and the American College of Neuropsychopharmacology. He has served on the National Advisory Council on Drug Abuse and as a Councilor for the Society for Neuroscience and the American College of Neuropsychopharmacology. He has received numerous awards for his research contributions and is on the advisory boards of several non-profit foundations and biotechs. His laboratory continues to conduct research on the molecular mechanisms of neural communication as well as the role of circuit dysfunction in brain disorders including addiction, Alzheimer’s, autism, and depression.