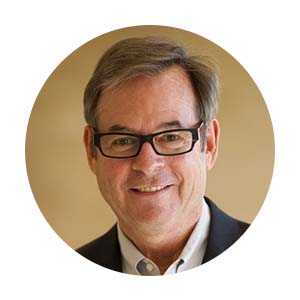 Regulation of Neurotransmitter Receptors in the Brain in Health and Disease

Neurotransmitter receptors mediate signal transduction at synaptic connections between neurons in the brain. My laboratory has been elucidating the molecular mechanisms underlying the regulation of glutamate receptors, the major excitatory neurotransmitters receptors in the central nervous system. We have focused on AMPA-type glutamate receptors and have found that they are extensively posttranslationally modified by phosphorylation, palmitoylation and ubiquination. We have shown that these posttranslational modifications of the receptor regulates its ion channel properties and membrane trafficking and are critical for several forms of synaptic plasticity and for learning and memory. We have also identified a variety of AMPA receptor interacting proteins, including GRIP1/2, PICK1, GRASP1, SNX27, KIBRA, and SynGAP, that interact with AMPA receptors and are necessary for their proper subcellular trafficking. This AMPA receptor complex is important for several forms of synaptic plasticity and learning and memory. These studies indicate that the modulation of receptor function is a major mechanism for the regulation of synaptic transmission and is a critical determinant of animal behavior. Recent evidence has indicated that AMPA receptor function may be disrupted in several neurological and psychiatric disorders. Specifically, mutations in AMPA receptor, NMDA receptors, SynGAP, GRIP1 and GRASP1 have been found to be associated with cognitive disorders including intellectual disability, autism, and schizophrenia.

Dr. Richard Huganir is a Bloomberg Distinguished Professor and Professor and Director of the Solomon H. Snyder Department of Neuroscience at the Johns Hopkins University School of Medicine.  Dr. Huganir received his Ph.D. degree in Biochemistry, Molecular and Cell Biology from Cornell University in 1982.  He was a postdoctoral fellow with the Nobel Laureate, Dr. Paul Greengard, at Yale University School of Medicine from 1982-1984. Dr. Huganir then moved to the Rockefeller University where he was an Assistant Professor of Molecular and Cellular Neurobiology from 1984-1988. Dr. Huganir moved to the Johns Hopkins University School of Medicine in 1988 as an Associate Investigator in the Howard Hughes Medical Institute and an Associate Professor in the Department of Neuroscience. Dr. Huganir was an Investigator with the Howard Hughes Medical Institute from 1988-2014. Dr. Huganir became the Director or the Solomon H. Snyder Department of Neuroscience in 2006. Dr. Huganir has published over 350 peer reviewed papers and has an h-index of 147. Dr. Huganir’s career has focused on synapses, the connections between nerve cells, in the brain. Dr. Huganir’s studies have shown that the regulation of neurotransmitter receptor function is a major mechanism for the regulation of neuronal excitability and connectivity in the brain and is critical for many higher brain processes, including learning and memory, and is a major determinant of behavior. Moreover, dysregulation of these mechanisms underlie many neurological and psychiatric diseases. Dr. Huganir served as the President and the Treasurer of the Society for Neuroscience. He has received the Young Investigator Award and the Julius Axelrod Award from the Society for Neuroscience, the Santiago Grisolia Award, the Goldman-Rakic Award, the Edward M. Scolnick Prize and is a fellow of the American Association for the Advancement of Science, a member of the American Academy of Arts and Sciences, the National Institute of Medicine and the National Academy of Sciences.