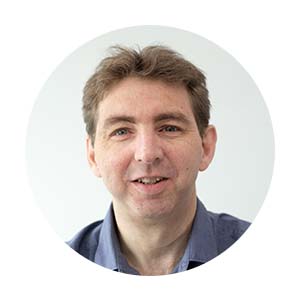 Pierre Paoletti is a researcher at INSERM and the current director of the Institute of Biology of the Ecole Normale Supérieure (IBENS, Paris), a joined ENS-CNRS-INSERM unit which gathers 30 research groups and >300 staff members in Genomics, Cell & Developmental Biology, Ecology & Evolution, and Neuroscience. After a PhD in Neuroscience and Molecular Pharmacology at the ENS & University Paris 6, Pierre Paoletti underwent postdoctoral training in ion channel biophysics at Columbia University in New York. In 2005, he established his own lab at the ENS working on various aspects of ionotropic glutamate receptors and excitatory neurotransmission. Key contributions include the identification of essential regions of NMDAR subunits controlling the receptor functional properties and allosteric mechanisms, uncovering novel binding sites for neuro-active compounds and discovery that endogenous zinc, which is highly enriched in the brain, is a potent and widespread modulator of neurocircuits and synaptic plasticity through its action on GluN2A-NMDARs. Together with colleagues in Paris, he also discovered that GluN3A-NMDARs form a novel type of excitatory glycine receptors in the brain, thus reshaping our understanding of NMDAR diversity and glycinergic neurotransmission. Pierre Paoletti and his team recently developed innovative approaches of molecular engineering to reprogram brain receptors to artificially respond to light, opening new avenues for interrogating their structure and function with unprecedented resolution. Pierre Paoletti received the FENS Young Investigator Award in 2010, an ERC Advanced Award in 2016, the Grand Prix Lamonica de Neurologie – Académie des Sciences in 2017, and is a member of the Academia Europaea.