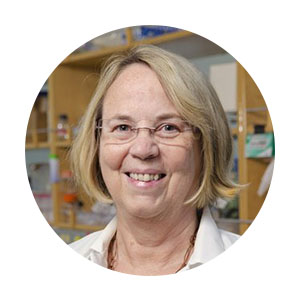 Form and Function of the Postsynaptic Density

Mary Kennedy is the Allen and Lenabelle Davis Professor of Biology at the California Institute of Technology where she has been a pioneer in the study of biochemical mechanisms underlying learning and memory.  She received a Ph.D in biochemistry from Johns Hopkins Medical School.  As a postdoctoral fellow at Harvard and Yale Medical Schools, she studied biochemical regulation in the nervous system. At Caltech, she has focused on elucidating the control of synaptic plasticity in the postsynaptic spines of glutamatergic synapses. She first purified Ca2+/calmodulin-dependent protein kinase II (CaMKII), showing that it is an early target of Ca2+ in the postsynaptic density (PSD) and becomes calcium-independent upon autophosphorylation, resulting in switch-like enzymatic behavior. She then used microchemical tools and genetic engineering to discover new protein constituents of the PSD, including PSD-95, the major scaffold protein, and synGAP.  With her collaborators, she has used both experimental and computational methods to study the roles of CaMKII, PSD-95, synGAP and other synaptic proteins in the regulation of the number of AMPA-type glutamate receptors at the synapse during activity-induced changes in synaptic strength.  She received the Ipsen Fondation prize in Neuroplasticity in 2006.