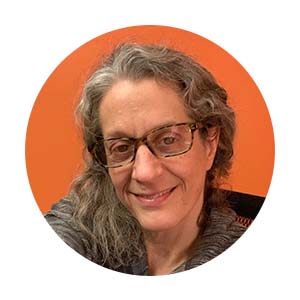 Experience-dependent refinement of neuronal connections is important for brain development and learning. Signaling through NMDA-type glutamate receptors (NMDARs) is a key driver of learning-associated synaptic plasticity. Historically, the fundamental role of NMDARs in synaptic plasticity has been attributed to their specialized properties of ion flux through the receptor pore, which occurs following binding of both agonist (glutamate) and co-agonist (glycine or D-serine). More recently, a growing number of studies support that NMDARs also signal in an ion flux- independent manner. We show that ion flux-independent NMDAR signaling is required for the dendritic spine plasticity that is a vital component of brain circuit plasticity. We further define the key signaling pathways downstream of non-ionotropic NMDAR signaling in spine plasticity, which suggest that ion flux-independent NMDAR signaling is upstream of the cytoskeletal changes that support bidirectional spine structural plasticity. Notably, schizophrenia is associated with decreased levels of D-serine and decreased density of dendritic spines. Using the serine racemase knockout (SRKO) mouse model, which lacks the enzyme for D-serine production, we show that lowered D- serine levels enhance ion flux-independent signaling by the NMDAR, driving destabilization and loss of dendritic spines. Our results support a model in which modulation of D-serine levels occurring naturally and in association with disease can regulate the magnitude and direction of synaptic plasticity.

Karen Zito is Professor of Neurobiology, Physiology & Behavior in the Center for Neuroscience at the University of California Davis. Research in the Zito laboratory is focused on investigating how neural circuit connections are formed during development, and how they are refined by experience and altered in disease. Specifically, we have been investigating the cellular and molecular mechanisms that regulate the growth, stabilization, functional maturation, and elimination of dendritic spines and their associated synapses in health and disease. We address these questions primarily through live-imaging approaches of neurons in brain slices using two-photon microscopy, combined with molecular genetic manipulations and electrophysiology. Dr. Zito earned her B.S. from Indiana University where she worked with Dr. Norman Pace on catalytic RNAs, her Ph.D. from UC Berkeley where she worked with Drs. Corey Goodman and Ehud Isacoff on the development of the Drosophila neuromuscular junction, and she did her postdoctoral training at Cold Spring Harbor Laboratory in New York where she worked with Dr. Karel Svoboda on the development and plasticity of mammalian central synapses.