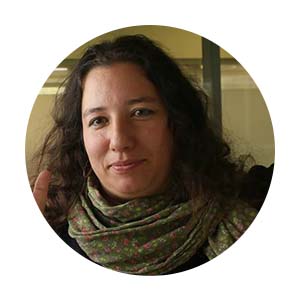 Astrocytes, and their surprising role in memory and reward

In addition to their well characterized supportive and homeostatic roles, pioneering studies have shown that astrocytes directly affect neuronal activity. In recent years, groundbreaking research revealed many surprising roles for astrocytes in modulating neuronal activity and even behavior. To directly and specifically modulate astrocytic activity we employed a chemogenetic approach: We expressed the Gq-coupled designer receptor hM3Dq or the Gi-coupled designer receptor hM4Di in astrocytes, which allowed their time-restricted activation or inhibition (respectively) by the application of the designer drug clozapine-N-oxide (CNO). We discovered that in-vivo, astrocytic activation enhanced memory allocation, i.e. it increased neuronal activity in a task-specific way, only when coupled with learning but not in home-caged mice. Furthermore, astrocytic activation using either chemogenetic or optogenetic tools during acquisition resulted in memory recall enhancement on the following day. On the other hand, astrocytic Gi pathway activation during memory acquisition impairs remote, but not recent, recall. We show that this effect is mediated by a specific disrupting of the projection from the hippocampus to the anterior cingulate cortex by astrocytes. What other high brain functions can astrocytes affect? We chronically imaged dozens of CA1 astrocytes using 2-photon microscopy, in mice that ran on a linear treadmill and proceed in a virtual environment to obtain water rewards. We find that astrocytic activity persistently ramps towards the reward location in a familiar environment. When the reward location was changed in the same environment or when mice were introduced to a novel context, the ramping was not apparent. Following additional training, as the mice were familiarized with the new reward location or novel context, the ramping was reestablished, suggesting that spatial modulation of astrocytic activity is experience dependent. This is the first indication that astrocytes can encode position related information in learnt spatial contexts, thus broadening their known computational abilities, and their role in cognitive functions. We are continuing to look for higher brain function (now – memory engrams!) in which astrocytes are involved.

I am a faculty member at the Edmond and Lily Safra Center for Brain Sciences (ELSC) at the Hebrew University in Jerusalem. My interest in the neural basis of behavior led me to acquire a dual-Ph.D. in Neurobiology and Psychology, followed by postdoctoral training in bioengineering. I study astrocytes, and their role in the transition between recent and remote memory, and in reward signaling. I combine imaging, electrophysiological, behavioral and molecular techniques for my studies.