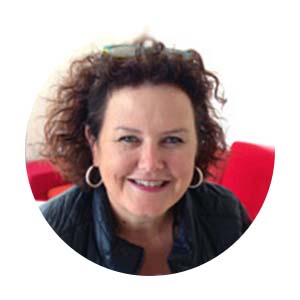 The complex morphology of neurons, with synapses located hundreds of microns from the cell body, necessitates the localization of important cell biological machines, including ribosomes and proteasomes, within dendrites and axons. Local translation of mRNAs is important for the function and plasticity of synapses. Using advanced sequencing and imaging techniques we have updated our understanding of the local transcriptome and identified the local translatome- identifying over 800 transcripts for which local translation is the dominant source of protein. In addition, we have explored the unique mechanisms neurons use to meet protein demands at synapses, identifying surprising features of neuronal and synaptic protein synthesis.

Erin Schuman was born in 1963 in California. After completing her B.A. in Psychology at the University of Southern California, Schuman received her Ph.D. in Neuroscience from Princeton University. She conducted postdoctoral studies in the Department of Molecular and Cellular Physiology at Stanford University. In 1993, she was appointed to the Biology Faculty at the California Institute of Technology (Caltech). From 1997-2009, Erin Schuman was appointed Investigator at the Howard Hughes Medical Institute (HHMI). In 2009, she moved with her husband Gilles Laurent to Frankfurt, Germany to design and found the new Max Planck Institute for Brain Research.  She is an elected EMBO member and a member of the German Academy of Sciences Leopoldina. In 2018 she received the Society for Neuroscience’s Salpeter Lifetime Achievement Award. In 2020 she was awarded the Louis-Jeantet Prize for Medicine, the FENS-Kavli-ALBA Diversity Prize, and she was elected to the US National Academy of Sciences. In 2022, she was awarded the EMBO-FEBS Women in Science prize. Erin Schuman has a long standing interest molecular and cell biological processes that control protein synthesis and degradation in neurons and their synapses.