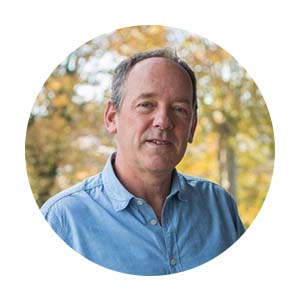 Synaptic loss is the best correlate of cognitive deficits in Alzheimer’s disease (AD). Extensive experimental evidence also indicates alterations of synaptic properties at the early stages of disease progression, before synapse loss and neuronal degeneration. A majority of studies in mouse models of AD have focused on post-synaptic mechanisms. Using mouse models, I will present evidence indicating presynaptic physiological functions of major molecular players in AD, the amyloid precursor protein (APP) and presenilin (PS), genetically linked to the early-onset form of AD. We focus on mossy fiber synapses connecting the dentate gyrus to CA3, which display a high dynamic range of presynaptic plasticity mechanisms, both regions being engaged in the encoding of memory. Beyond the physiological roles of the AD-related proteins, studies in human AD brains also demonstrate alteration of APP distribution and its accumulation together with presynaptic proteins around dense-core amyloid plaques. This represents an understudied key histopathological feature in AD. Altogether we propose that presynaptic failure is a strong physiopathological component of AD.

Christophe Mulle is a cellular neurobiologist with expertise in electrophysiology of synaptic transmission. He identified and characterized functional nicotinic receptors in the mammalian brain while working in the laboratory of Jean-Pierre Changeux at the Pasteur Institute. Following a post-doc at the Salk Institute in the laboratory of Steve Heinemann, he has guided since 1995 a team which has pioneered the role of the elusive kainate receptors in brain function and has described the molecular events that govern their polarized trafficking. The team currently investigates the properties of hippocampal synaptic circuits and how these properties allow to process and encode contextual information. A strong focus is given to the mechanisms and integrated consequences of presynaptic plasticity at identified synapses in physiological conditions and in Alzheimer’s disease. The team addresses these mechanisms in mice as well as in human cortical circuits by developing organotypic cortical slices obtained from surgical resections which are amenable to gene targeting methods in combination with cellular electrophysiology. In parallel, Christophe Mulle, in collaboration with Valérie Crépel, is a scientific founder of Corlieve Therapeutics, a company which develops gene therapies targeting aberrant kainate receptors to cure intractable temporal lobe epilepsy.