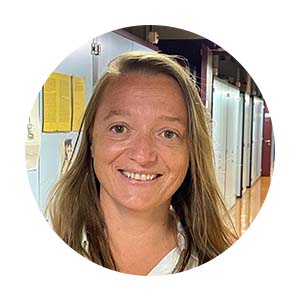 Circuit and synaptic mechanisms of approach and avoidance social behavior

The decision to approach or avoid a conspecific is fundamental for survival. Affiliative (prosocial) interactions favor approach behaviors, while antagonistic (aggressive/defensive) interactions trigger avoidance. Here we ask how the brain encodes the valence of social interaction. We focused on the nucleus accumbens (NAc), a brain region implicated in social reward processing. We observed that social interactions activate D1-expressing medium spiny neurons (D1-MSNs) regardless of their valence. However, afferent D1-expressing neurons of the anterior insular cortex (AIC) exhibited distinct patterns of activity encoding for prosocial and aversive social interaction, respectively. As a result, distinct forms of synaptic plasticity were elicited in the AIC to NAc synapses. Thus, the valence of social interaction drives distinct neural activity in the AIC to induce long-term synaptic plasticity, which instructs the animal in approaching or avoiding a conspecific in the future.

I am an Associate Professor at the Department of Basic Neuroscience of the University of Geneva (Switzerland) and director of the National Center of Competence in Research, Synapsy. I have trained in neuroscience between the USA (UCSF, postdoctoral fellowship) and Europe (Italy and Switzerland, Ph.D. and senior research assistant), and I established my laboratory in Switzerland in 2014. I have been interested in understanding how defined neural circuits give rise to social behavior for several years. I have published over 40 papers in international peer-reviewed journals, and over the last five years, I have more than 20 invited talks worldwide. In the previous five years, my laboratory has contributed to investigating the role of Dopamine neurons in social interaction using in vivo and in vitro electrophysiological approaches, optogenetic and chemogenetic control of specific circuits, and behavioral analysis. Furthermore, we have contributed to dissecting the reward system's role in Autism Spectrum Disorders.